9:00 am start and keen to get on with what Graham said was going to be the hardest leg on the trail.

It was a good forecast but it was a foggy start…a bit like Brian’s head from the night before. It wasn’t long before the sun shone and the ride was well underway.

Basil…or Baz as I now affectionately call my best friend…was on good form and swinging away on the trail which became harder as the steeper gradients came into play.

I have to say that if I had been riding a pushbike there is no way I would have been able to complete the 60 km ride this day.
However, Graham was an inspiration who managed the ride with dogged determination… an amazing performance from him.

Half way we met an 83 year old guy who was a beekeeper and informed us he had been stung at least 30 times the day before collecting honey. He reckoned being stung was his elixir of life and responsible for his longevity so far. Personally I thought he was losing his marbles but what would I know.

The scenery was once again magnificent with views to die for across the valleys and rolling hills of this Victorian High Country.
The towns of Mansfield and Alexandria are most beautiful and welcoming with a wide range of quality shops and cafes which our support crew…Bess and Denise…seem to be enjoying.

The last trains to run on this line were in 1977/1978 and it must have been the most amazing scenic journey.

Baz has been my work horse, companion and a dream to ride…I have decided that I will definitely be buying an electric bike upon my return.It is much more than an “intelligent ride”.

I think Day 3 tomorrow will be just as difficult and challenging as we ride to Yea… the uphill climb from Alexandria first thing will be hard especially for Graham but he is determined to ride every yard of the trail.

Upwards and onwards it will be.

Strange thing is yesterday we only saw 3 other cyclists and same again today… Victoria must be full of cycling wimps ?? 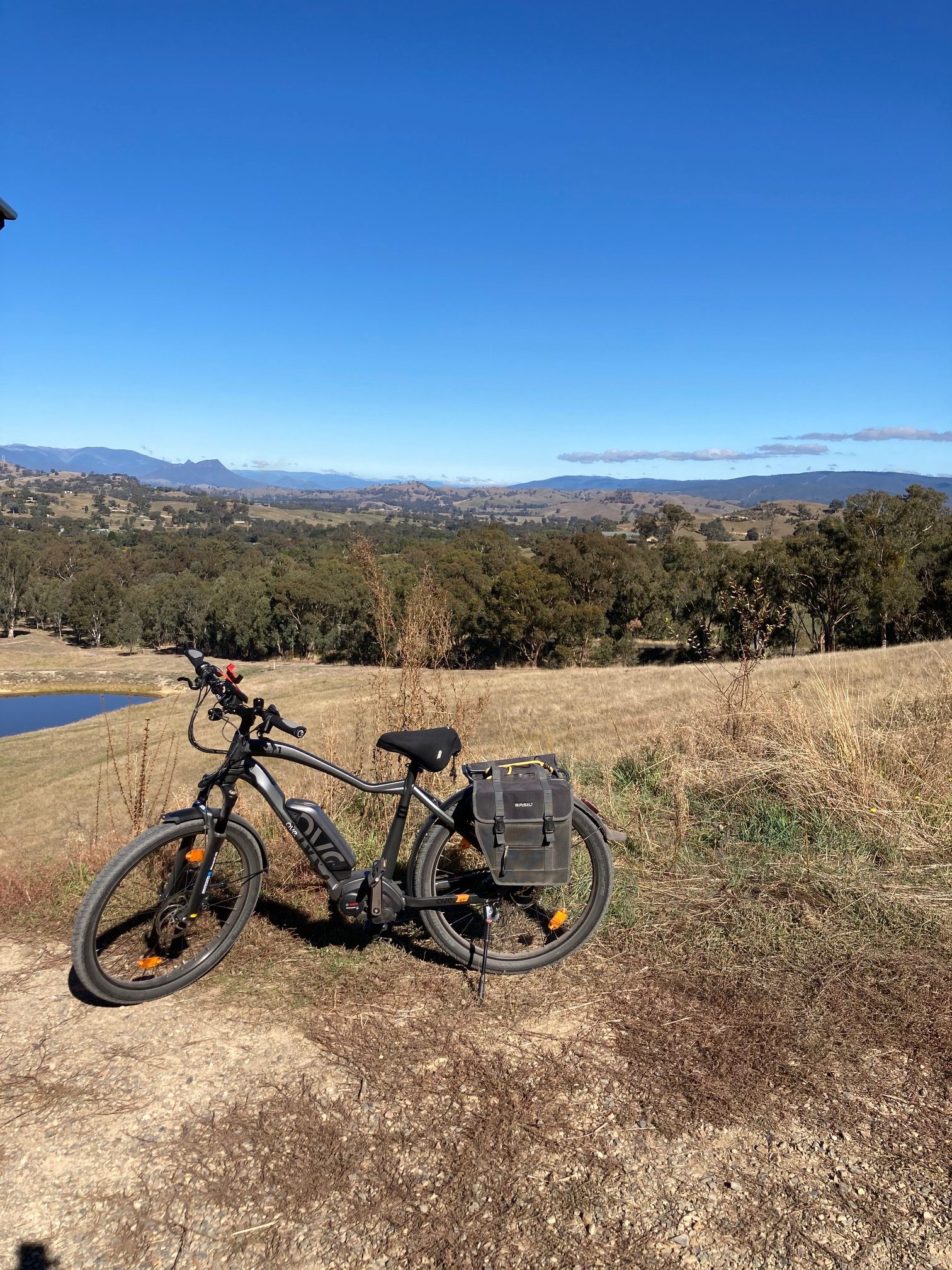