Thanks to the new Canberra Electric Bike Library, cycling around Canberra has never been easier. The library allows Canberrans interested in e-bikes, a chance to try them before investing in one. The library, run by SEE-Change and supported by the ACT Government, aims to encourage families or commuters to switch to pedal-power for transport.

The range of bikes – mostly electric cargo bikes – are available to borrow for up to two weeks. The bikes come fitted with accessories such as child seats, panniers, lights and locks so borrowers can run any errand with ease.

Minister for Climate Change and Sustainability Shane Rattenbury said the new Electric Bike Library Trial will help the many people in Canberra who have considered switching to electric bikes, but are still unsure.

“Canberra has an extensive network of paths and cycleways for bike riders to use, which makes our region the perfect place to take up cycling and lower your fuel costs and emissions,” Minister Rattenbury said.

“We have partnered with SEE-Change to trial an electric bike library to allow the community to borrow an electric bike for up to two weeks to see whether they can incorporate it into their daily life.

“The library will have both regular and cargo electric bikes with additional accessories such as child seats and bags to put on the bike to help make the transition easier. This means you can use the bikes for commuting to work, doing your weekly shopping or even taking the kids to school.

“Transport in the ACT creates 60% of our climate emissions, so projects like this help us make real and significant steps to protecting our future.”

The E-bike initiative aims to help Canberra become a greener city by reducing its carbon footprint and improve the physical and mental wellbeing of its residents and compliments other cycling infrastructure projects launched by the ACT Government. Unsurprisingly, We Ride Australia declared Canberra the best city for bike riding in Australia (Melbourne comes in second) – with bike trails, parks, shops and schools rated highly accessible by bike. Read more about cycling in Canberra here.

“We’re hoping the bike library will allow the community to explore the versatility of these bikes and use them for all sorts of trips and have a lot of fun doing so,” Brook Clinton, Project Officer at SEE-Change

You can find more about the Electric Bike Library Trial here. 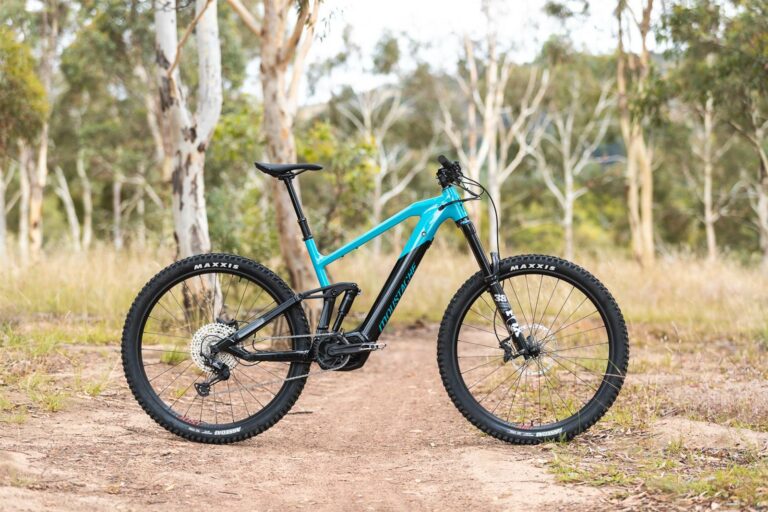