Melbourne is often described as having a European feel and culture – it’s also nice and flat with a few new dedicated bike lanes. But what could our city learn from Berlin – a green, progressive and cycle-friendly city that is currently experiencing a boom in cargo bike culture?

A long time ago in a land far far away, cargo bikes were a common sight on the city streets. The time was the early 20th century and the land was Berlin, Germany.

Used by everyone from families to chimney sweeps, the small, light and agile form of transport could quietly manoeuvre through the small city streets and cost the owner only a small sum per year to maintain.

Fast forward to the end of the 2010s and Berlin is seeing a serious resurgence in cargo bikes across the progressive jewel of the German republic. Fuelled by countless diesel scandals, new CO2 emissions and a conscious desire for a green transformation of the transport sector (officially known as the Verkehrswende), the cargo bike is making a comeback in a huge way. It has happened with no government support and no subsidies – just a good old fashioned grassroots community movement combined with a dose of ‘keeping up with the Joneses’.

Seen everywhere in Berlin on the daily commute or on the school run, cargo bikes are now seen as a status symbol with progressive inner-city dwellers. 1000s of Berliners are enjoying the freedom from the cost and guilt of driving cars. For those who take the time to restructure their mobility around public transport and bikes, cars are becoming irrelevant. With some actually starting to hate cars and seeing them as a symbol of the old, uncaring world.

For those who work in the local commercial sector such as couriers and tradespeople, cargo bikes are once again beginning to look appealing as a means of cheap, effective transport. And fast too, as vehicular traffic volume continues to grow.

In addition to the emotional elements of owning and using a cargo bike, there is a lot of logic behind the trend. A lot of cargo bike journeys are now simply quicker than driving. “In an average European city, half of all trips related to goods transport can easily be shifted to cargo bikes,” Karl Reiter of the CycleLogistics project calculated in a 2014 study, based on the journeys of a maximum of seven kilometres with loads of less than 200 kilos.

Some of this speed comes from the serious upgrade in cargo bike technology. Modern cargo bikes are light, fast and have features previously unheard of – light-weight alloy frames, hydraulic disc brakes and electric motors.

This new, old school transport trend may be great for the Berliner, but how could it inspire the cyclist down under?

Melbourne is a prime example of a city that could easily adopt the European model. Excellent public transport coupled with a reasonably flat landscape makes this a haven for cyclists. And with more and more people becoming inner-city residents, it could easily become the new ‘Berlin of the South’ (It already has the culture to match). The expansive public transport network means that even suburbanites can get in on the cargo bike action.

Whether or not Melbourne could ever see Tradies on cargo bikes (we sure think they could!) is a different matter, but couriers and delivery drivers could easily adopt the larger storage space offered by cargo bikes.

Melbourne already has a dedicated and committed bicycle community. Especially amongst commuters. So it’s natural that those looking to transport goods, pets and little humans are starting to explore and adopt cargo bikes.

The biggest hurdle to growing this movement is one shared by almost all cities. Safety.

While both Melbourne and Berlin feature extensive cycle lanes, every year there are still injuries and even deaths due to driver error and “not seeing” the cyclist. Cargo bikes are definitely much larger and therefore easier to see. But there is still a shortage of bike-friendly infrastructure available.

Antje Merschel, a co-initiator of a recent Berlin referendum on cycling summed up best “If they want clean air, they have to protect cyclists”.

Read more about the German rise of the cargo bike here… 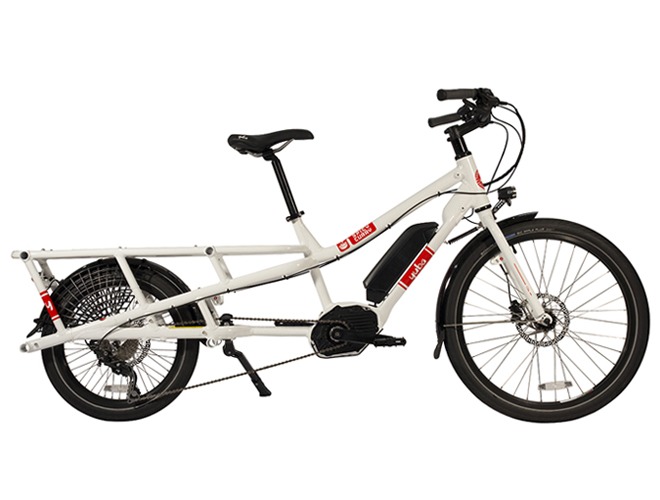 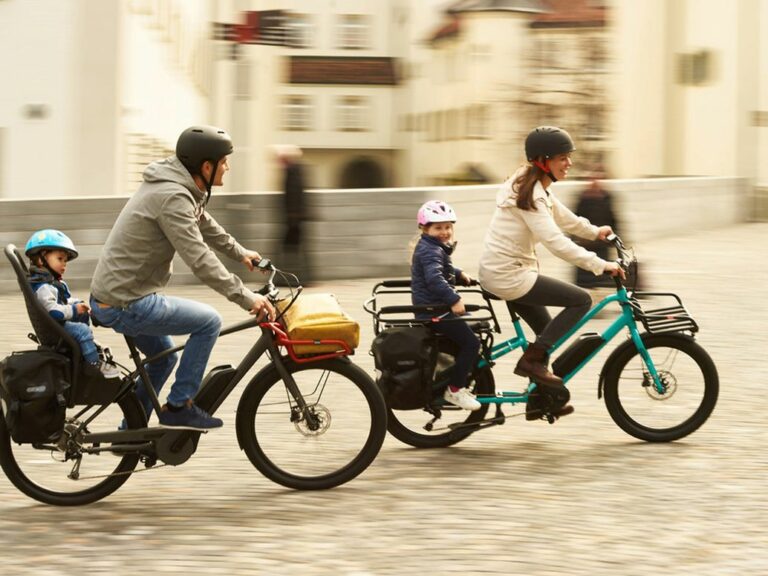